Let's show Councilman Krekorian how important this landmark property is to all of us!

Please send comments and your personal photos of your history with Weddington Golf & Tennis (recent or vintage) to post on our site!
Send to: info@SaveWeddington.org

“As a private golf and tennis club open to everyone regardless of age, gender, and ethnicity for an affordable price without membership dues, Weddington Golf and Tennis is in a unique position between a public, municipal course and a private country club. Weddington Golf & Tennis complemented and supported surrounding suburban development in Studio City. Weddington Golf & Tennis stands out for is landscape, specifically, the number and application of trees to define the fairways.” – Findings from Cultural-Heritage Commission on April 15, 2021.

Please go to our Take Action page and tell Councilmember Krekorian to support this nomination as written and voted on by the Cultural Heritage Commission and not to water it down with compromises to the developer. The nomination by the CHC is for the property, not just the clubhouse, lights, and putting green, but rather the property as a whole. Don’t be fooled or mislead. Your email is your voice and vote on this issue. Be heard! 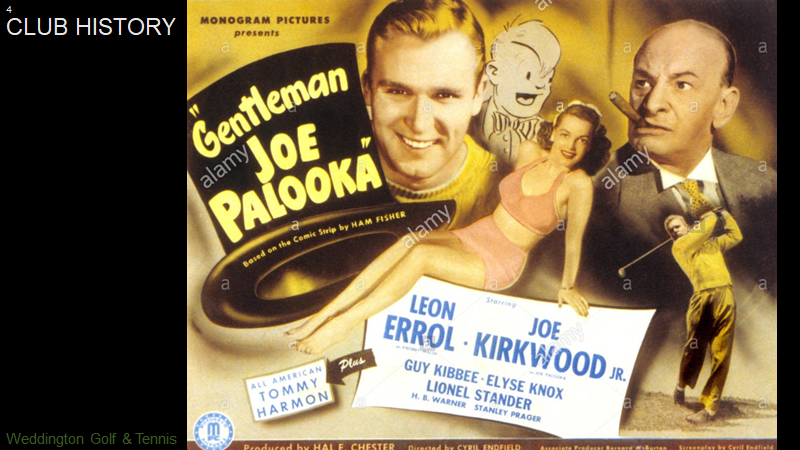 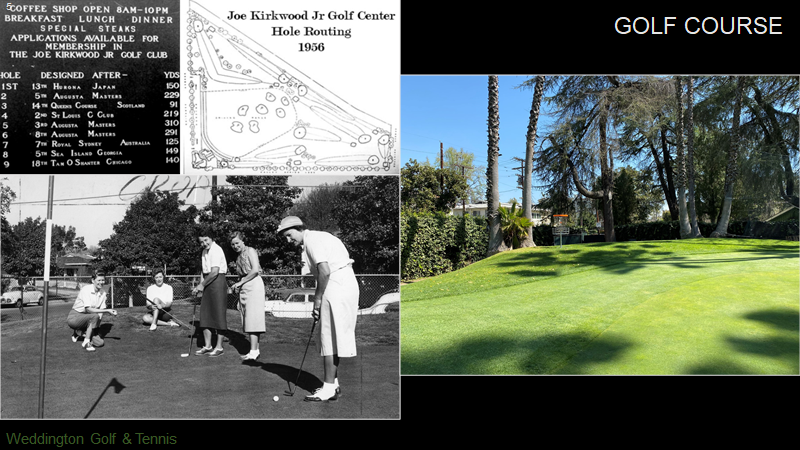 The golf course is the centerpiece of the property

In the post World War II era of prosperity, people moved to the San Fernando Valley to live out their middle-class dreams of a house and yard. Correspondingly, they had more free time and looked for various recreation opportunities, such as golf.

Historically, golf was an elite sport, but attracted middle-class players in the post World War II era. The advent of television brought golf into the average Joe’s home and made Arnold Palmer golf’s first “star”.

The golf course is a significant designed historic landscape. 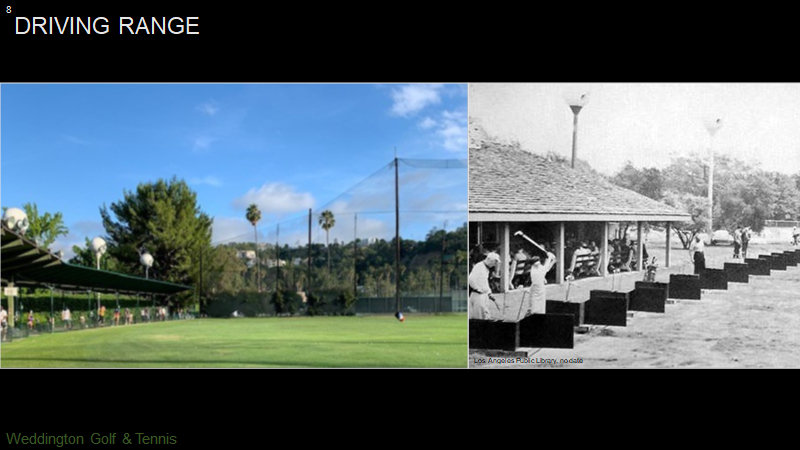 In photo at right, you see many people sitting enjoying a meal, this has always been a spot to talk to neighbors and make new friends. 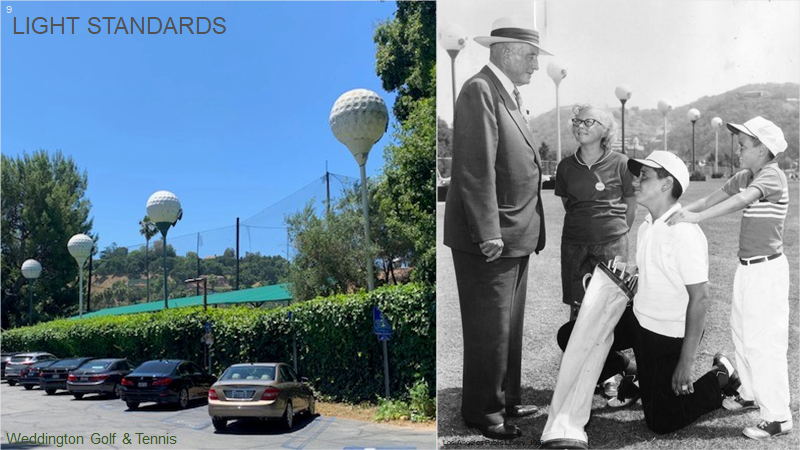 Golf ball light standards are the most visible feature for people driving by on Whitsett. They have always been a highly visible landmark.

They are significant as they are an example of “programmatic architecture” and are iconic and unique. 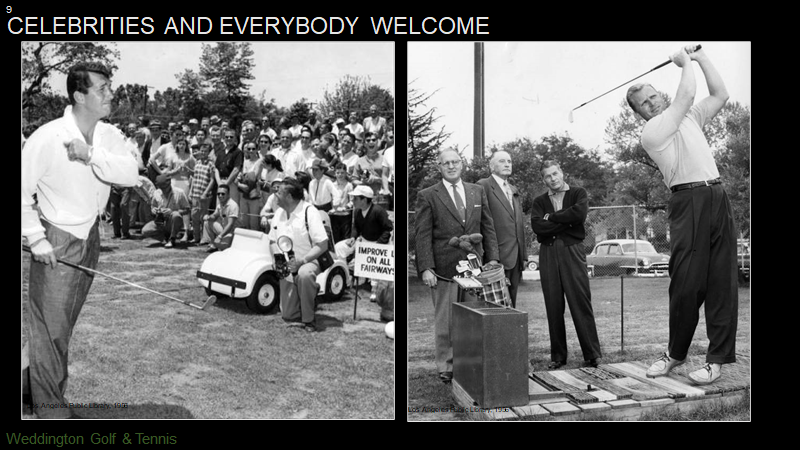 On the right, Dean Martin hits the first ball at the first tournament at Weddington in 1956, on the left Joe Kirkwood Jr. demonstrates his golf swing for classes. From Bob Hope to Will Smith and Cameron Diaz, celebrities and regular folk have gathered to enjoy a game of courtesy and camaraderie with family and friends, values we should strive to preserve. 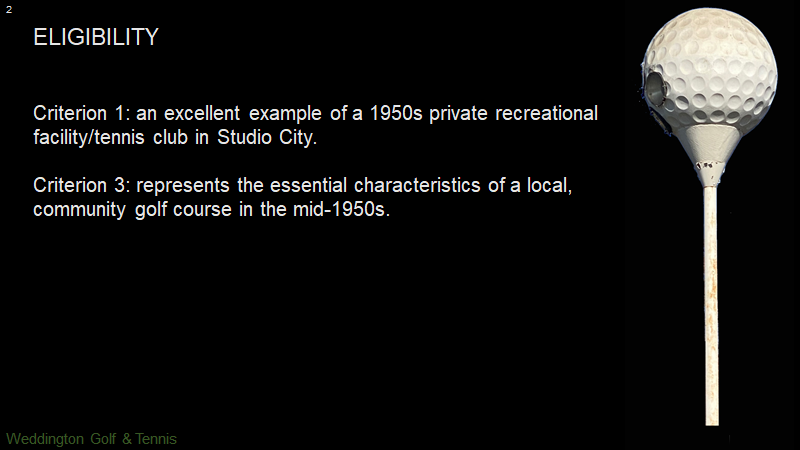